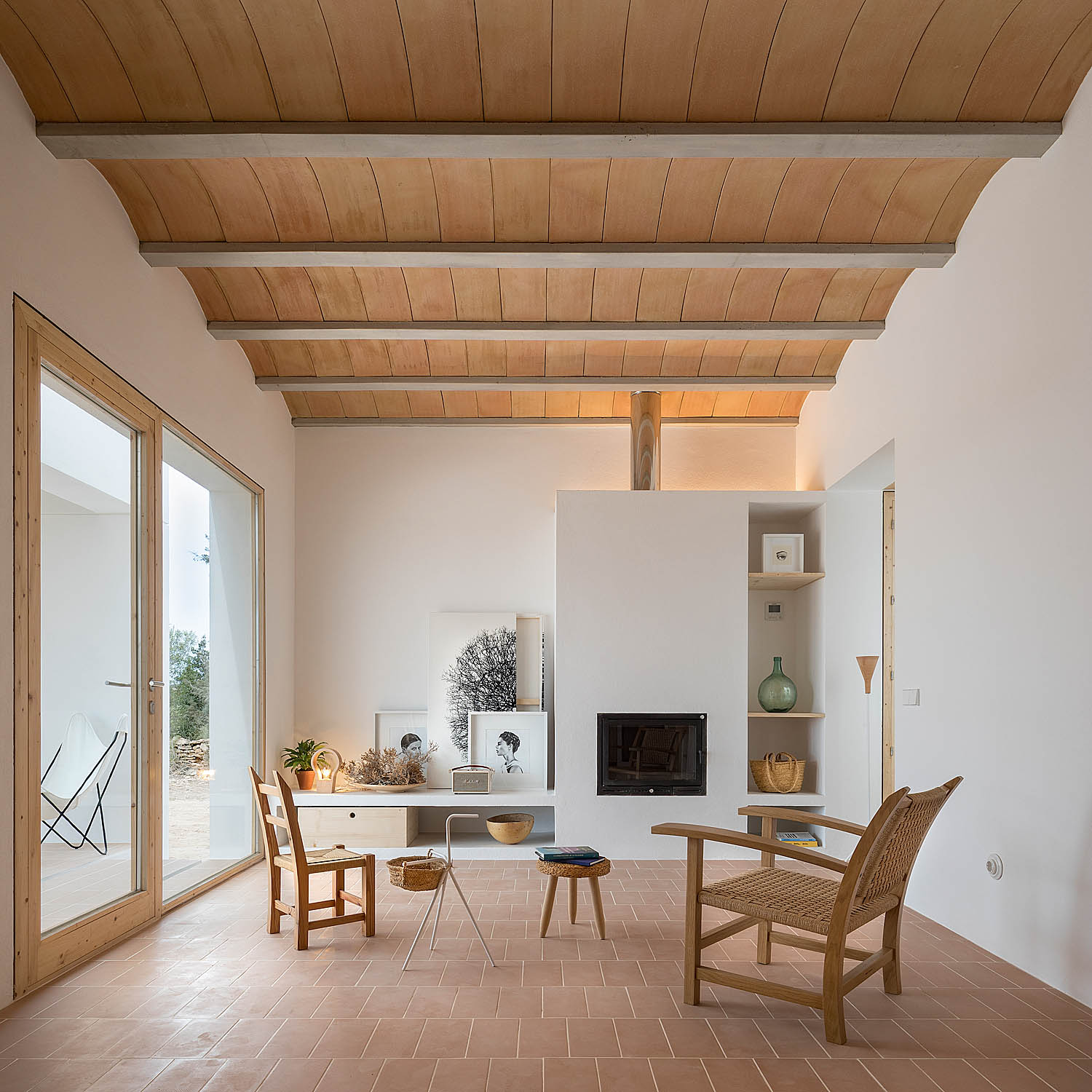 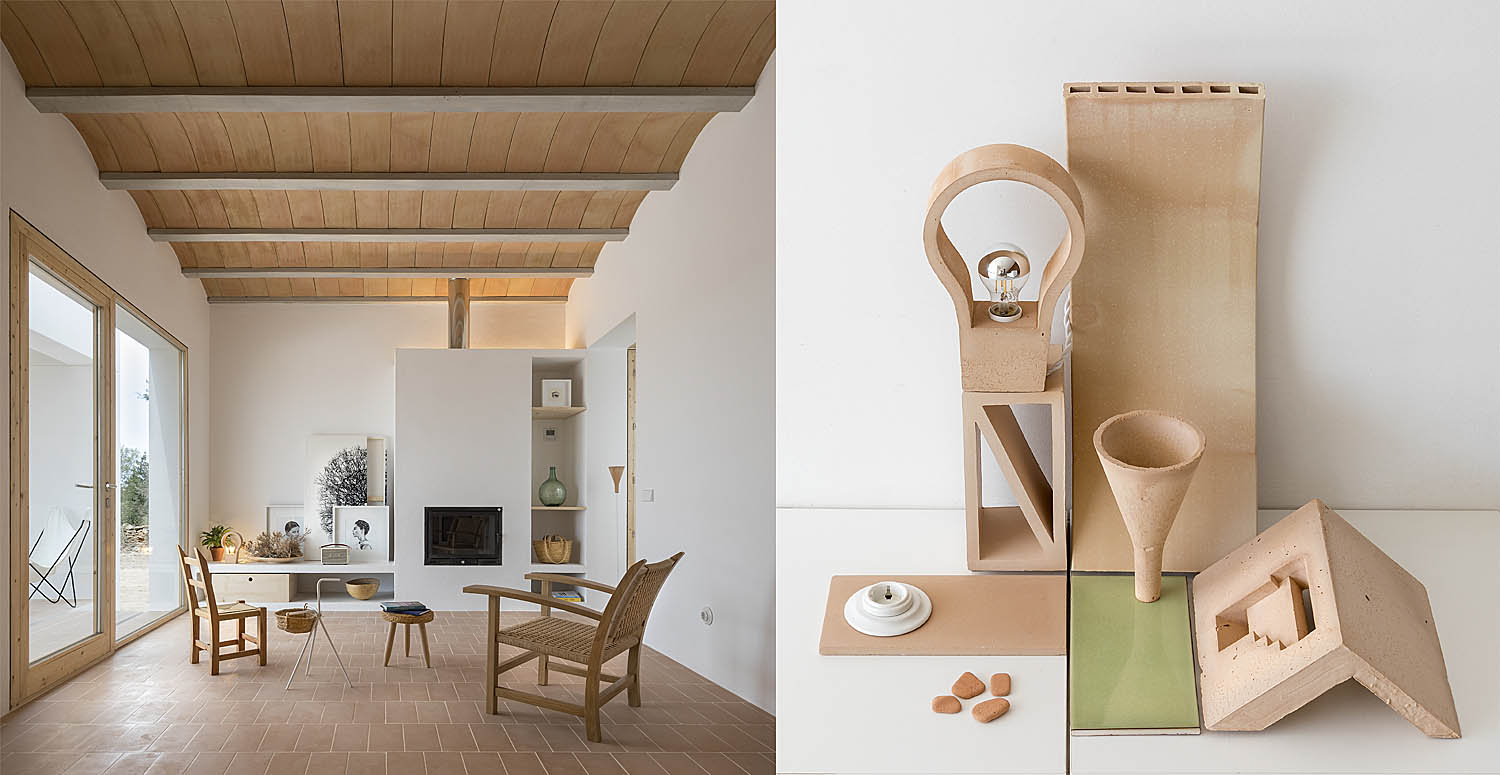 «Es Pou de Can Marianet Barber» is a historical place name in the interior of the island of Formentera (Spain). A rural plot where several pre-existents condition the insertion of this small first residence in the territory. Among them, the network of centenarian dry stone walls stands out, as well as the organization of the crops. The intervention is located in the western area of ​​the plot, parallel to a trace of more than a kilometer in length, oriented to the south and protected from the setting sun by a mass of vegetation, thus releasing the most fertile area to give continuity to the existing agricultural activity.

The proposal is divided into three volumes, which order the program while providing it with a smaller grain and in accordance with the scale of the landscape. From south to north, the first volume houses a porch that offers solar protection, the second contains the more public program, and the third two bedrooms. Among them are transverse strips that physically separate the volumes, giving them ventilation and lighting, as well as providing them with services and connections.

In front of the house, there is a cistern that makes it self-sufficient in terms of water supply while offering a solarium for the coldest months of the year.

From the inside and through the porch, deep perspectives are discovered towards the flat landscape of wheat and oat fields, where the soft and warm color of the earth and the muted greens of the almond and fig trees predominate. The light, color, and material from the outside enter the interior of the house thanks to ceramics and wood, two noble materials that are combined in a subtle and timeless way.

The warmth of the earth is transferred to the ceiling and pavements, resolved by means of Mallorcan-style ceramic vaults and pressed terracotta tiles. Likewise, the tiles are used to solve various other elements, such as façade cladding, roof finish, the headboard of the master bedroom, or pebble gravel, processing in situ the losses of the ceramic elements used. The freshness associated with the color of the vegetation predominates in the humid areas, where some vertical walls are covered with vitrified ceramic tiles of a diluted green color and identical dimensions to the rest of the pieces. The light filters inwards through its passage through ceramic lattices, generating, in turn, a constant evolution of lights and shadows.

The coherence and material harmony have led to solving with white vitrified porcelain electrical mechanisms the integration of the installations in unique places such as the headboard of the master bedroom, as well as other more common such as lamp holders and toilets. A set of lights and special pieces made by hand with formwork made in our studio have also been specifically designed for this project, seeking their chromatic and dimensional integration in the context of the coatings.

Most of the furniture has been custom-designed integrated into the architecture itself, while icons such as the Torres Clavé armchair, from 1934, or the traditional chairs from Formentera pay homage to the Mediterranean artisan tradition. Other more contemporary pieces such as the table and coffee tables from the D12 collection designed by Marià Castelló and Lorena Ruzafa for the editor Diabla Outdoor, provide a slight material and chromatic counterpoint to the set. 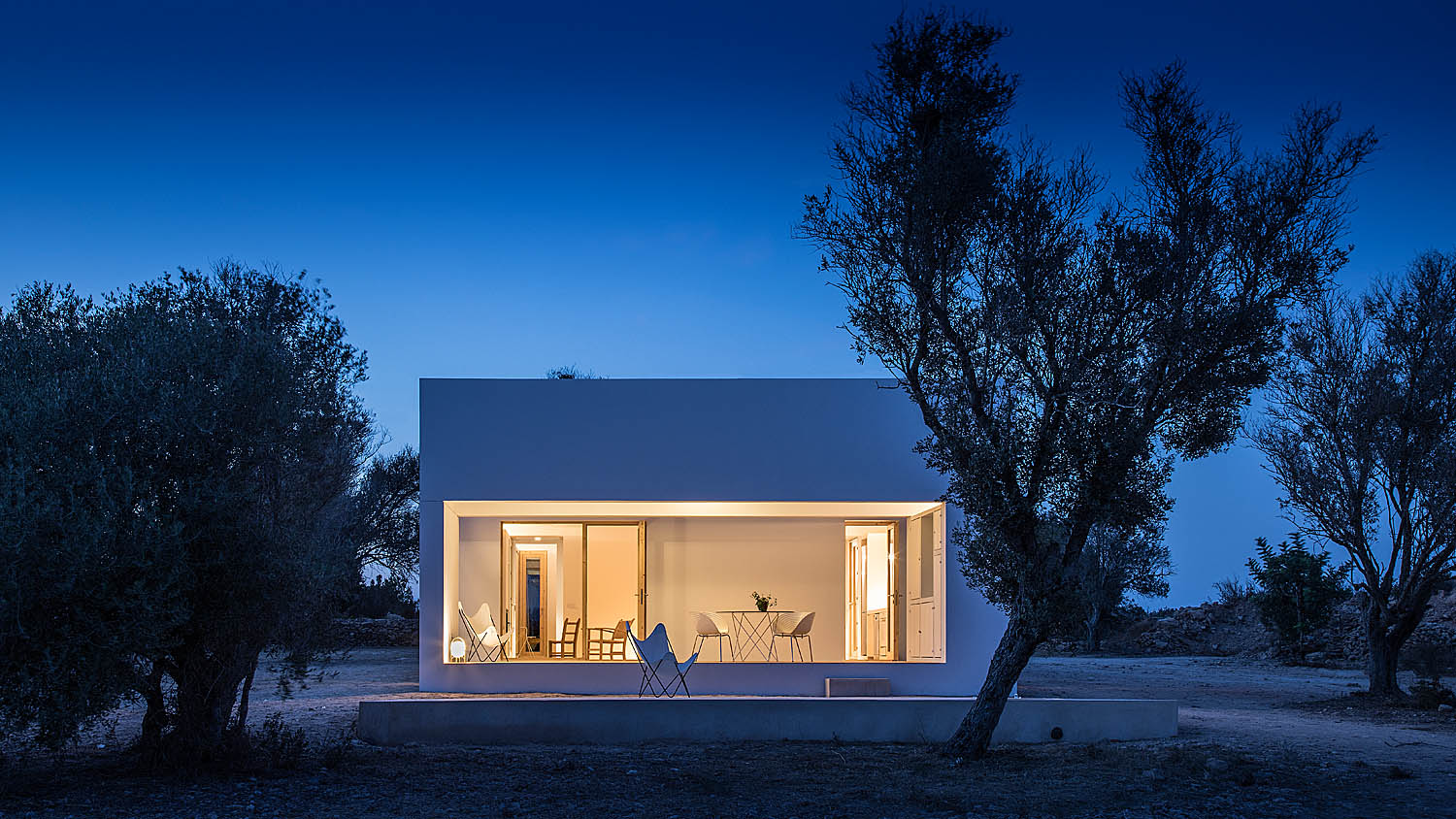 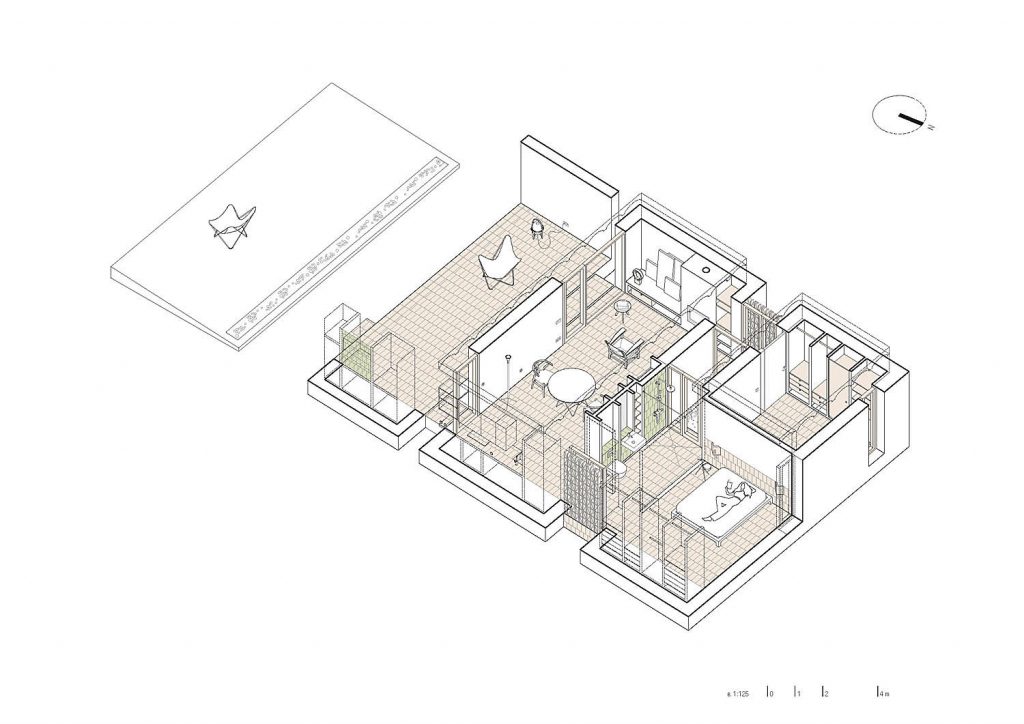 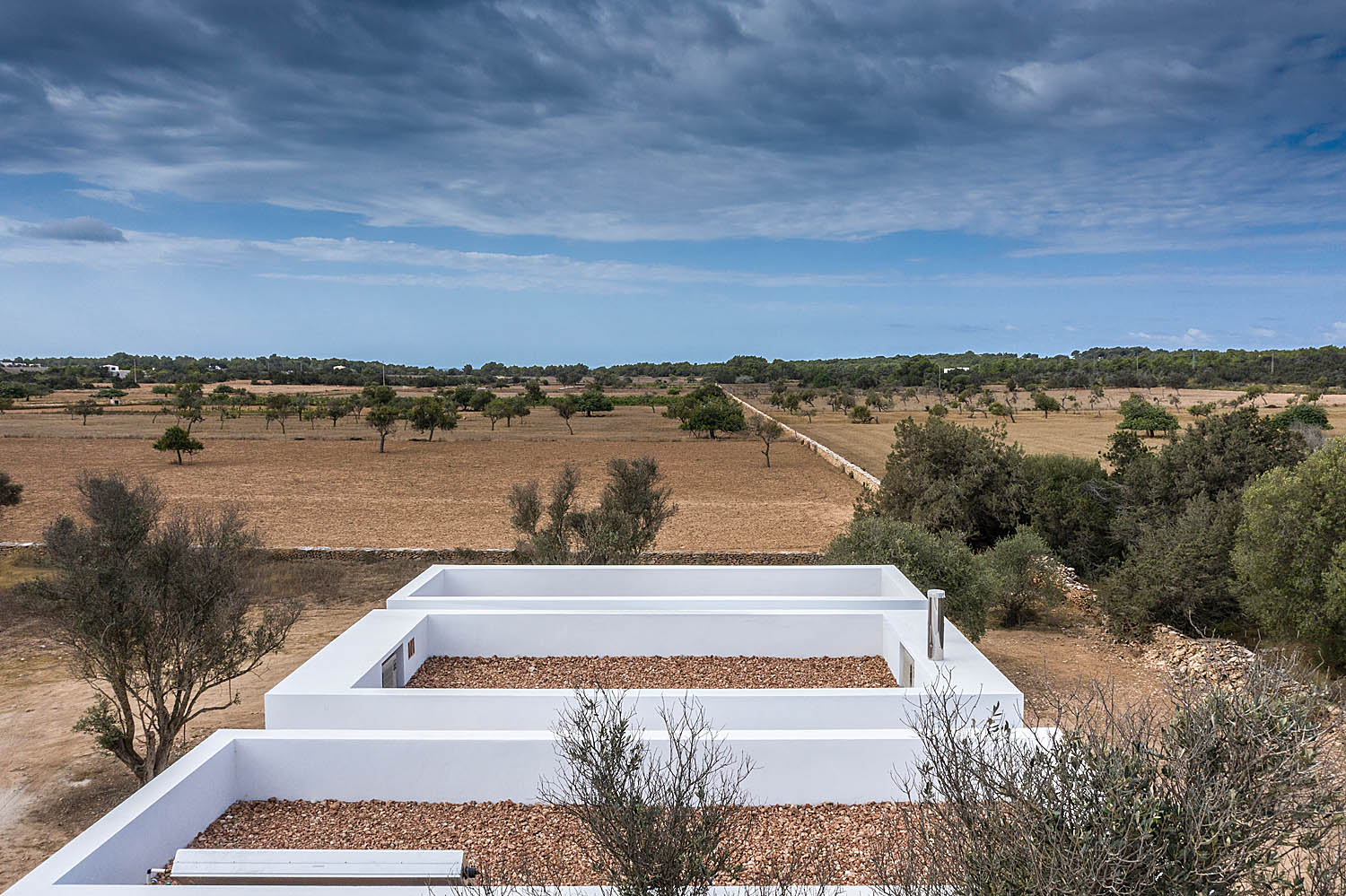 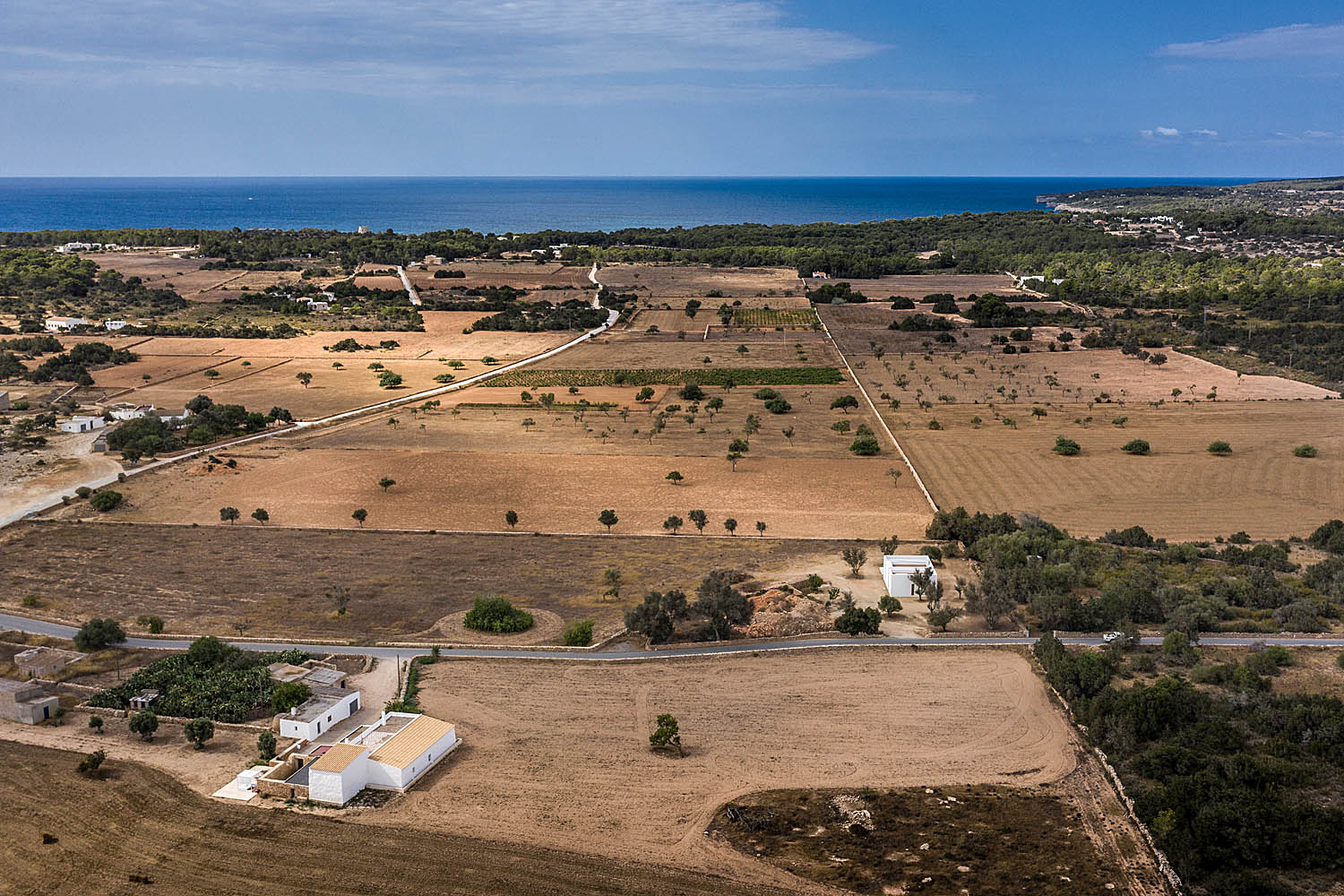 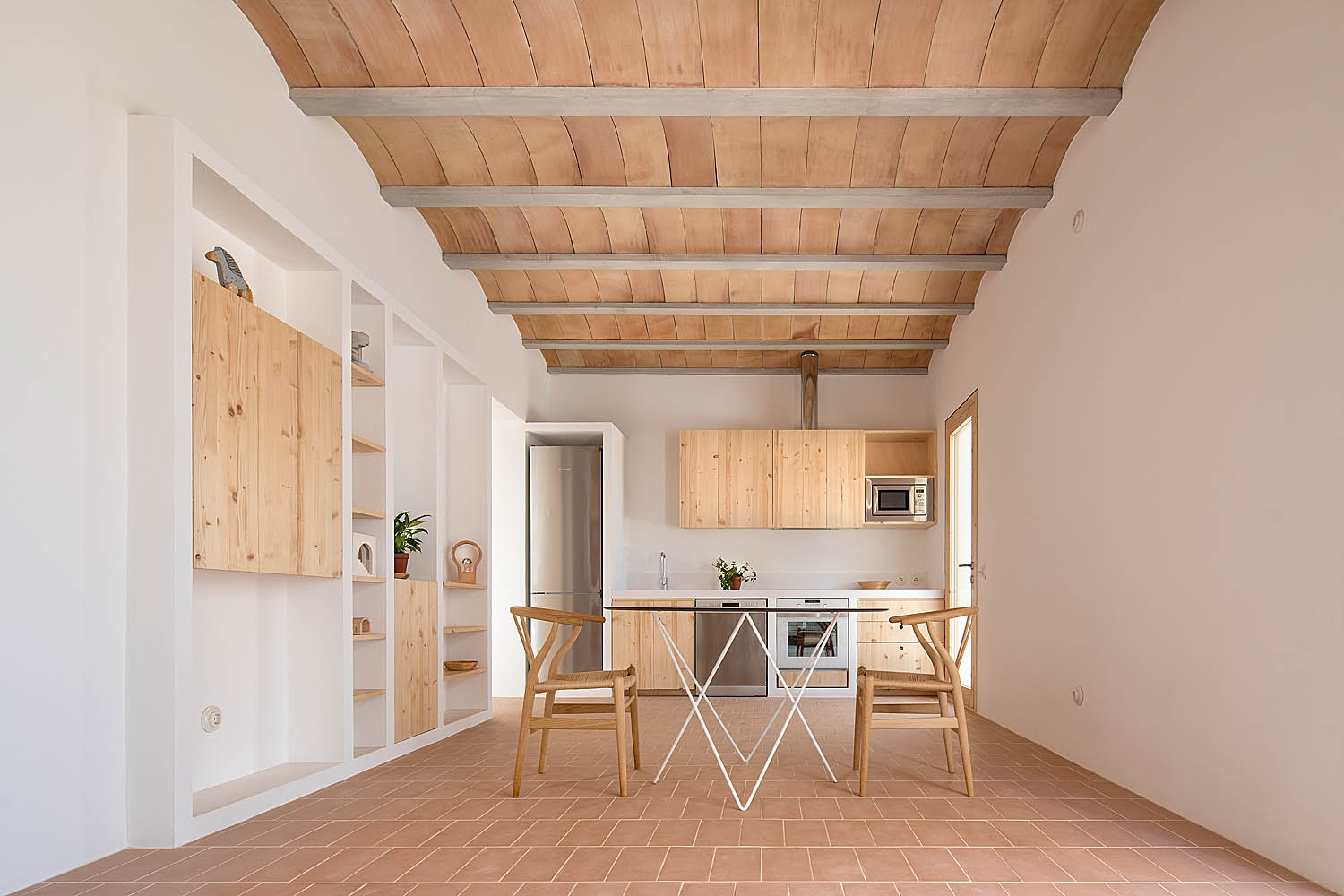 The headboard lighting has been designed and executed by hand in our studio with the aim of achieving greater harmony for the whole. The sculpted motifs on the luminaires correspond to reinterpretations of details from the original house on the «Can Marianet Barber» estate. This work is closely linked to the artistic project Architecture Fragments. 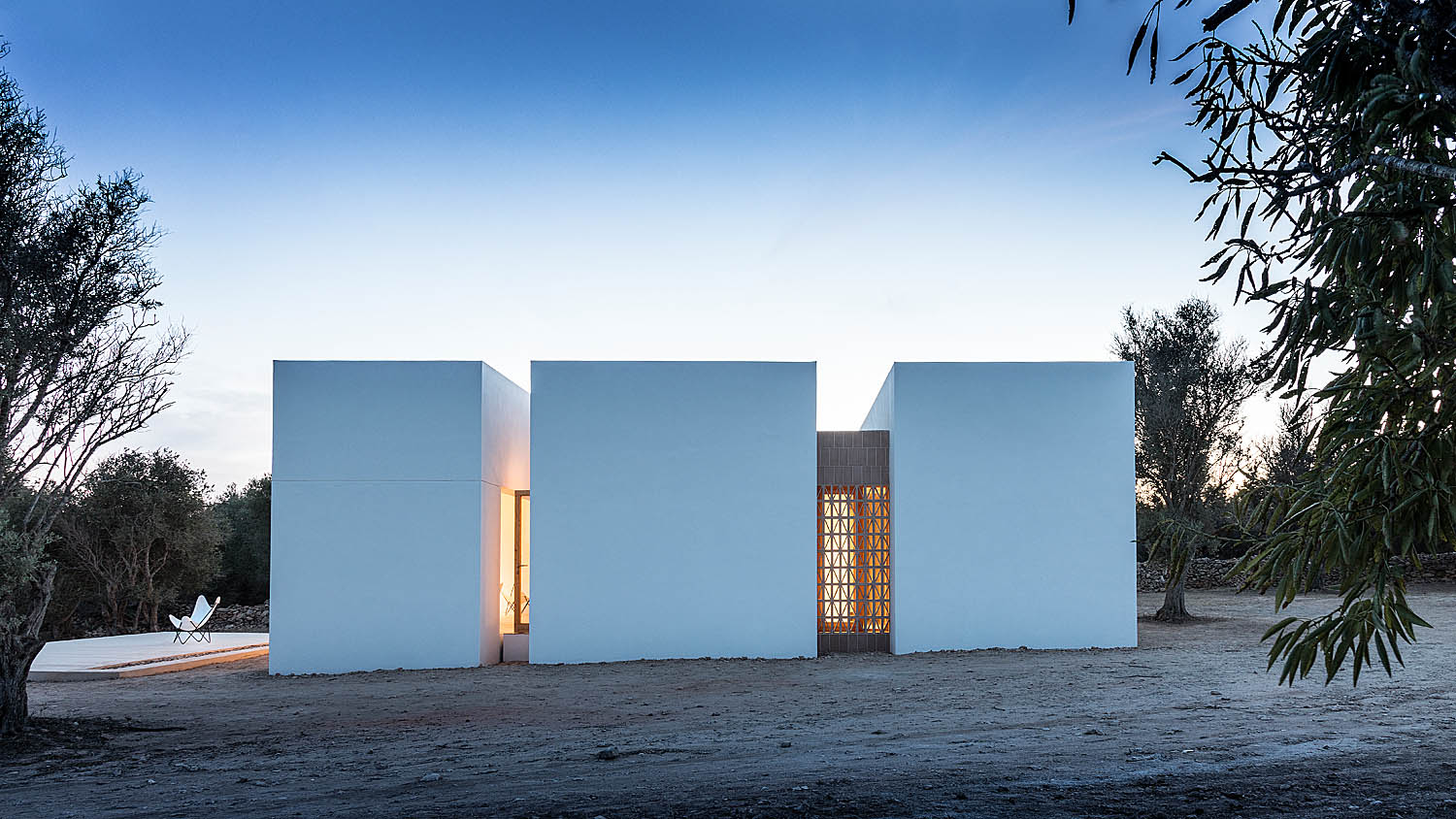 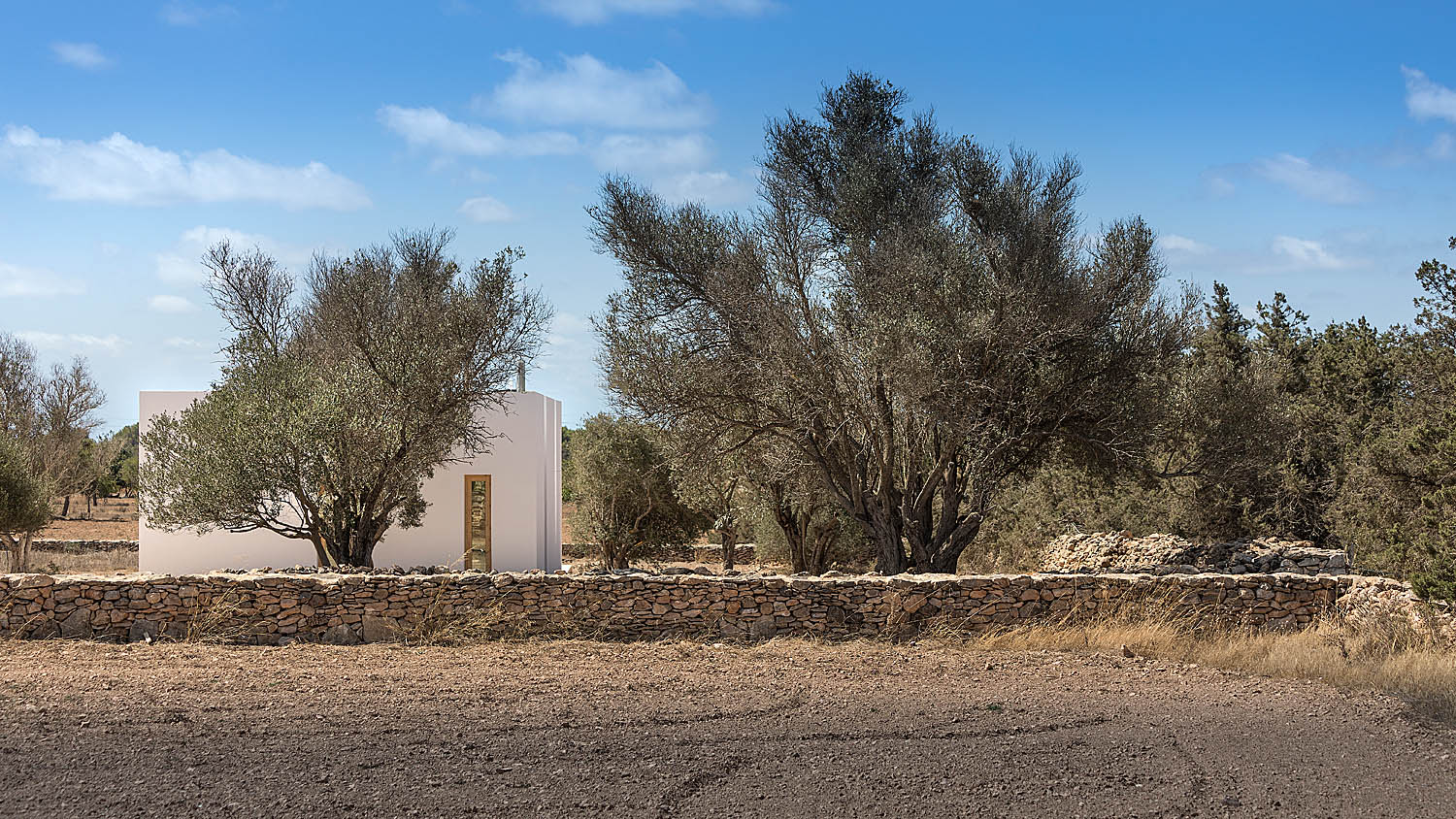 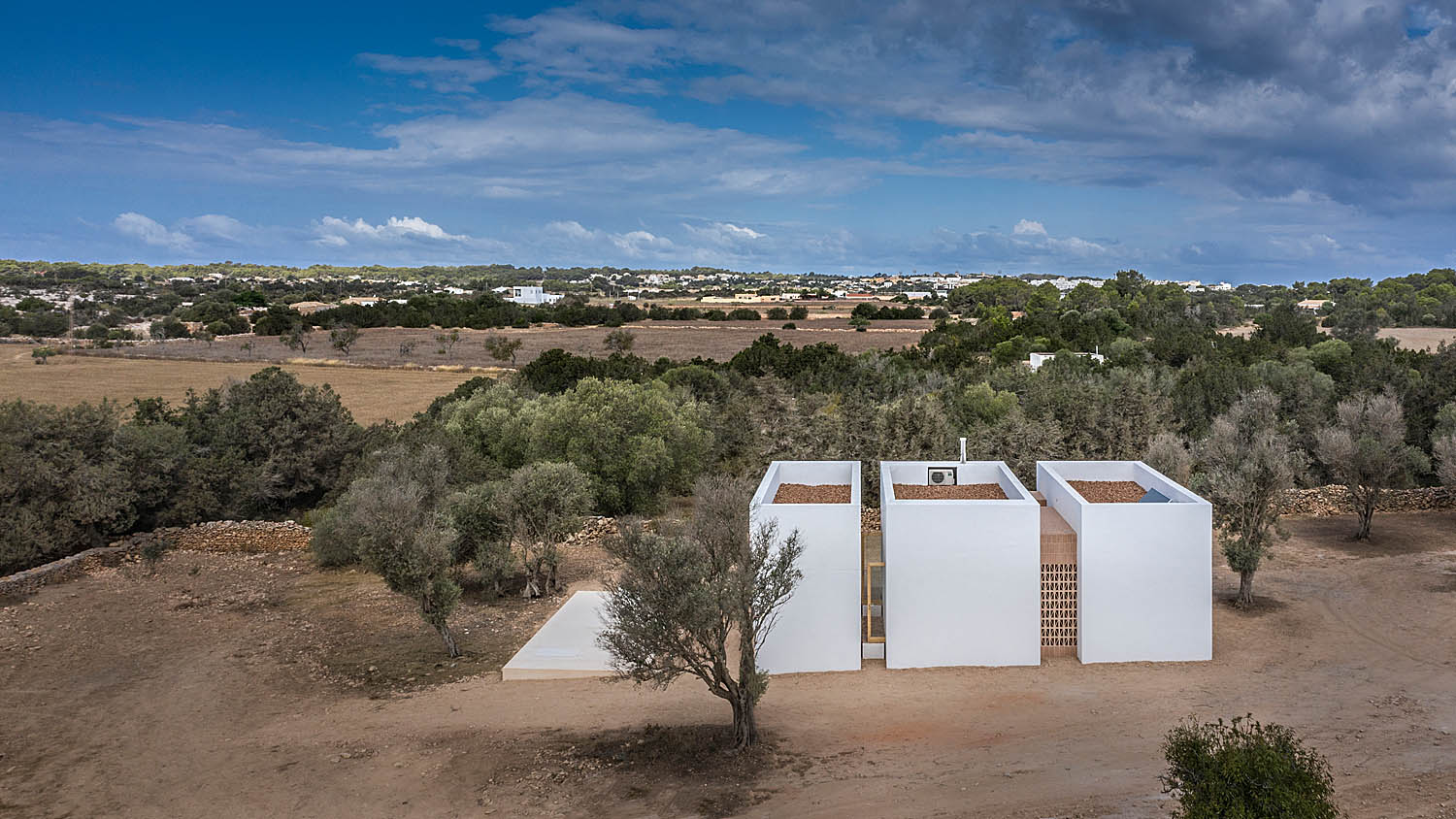