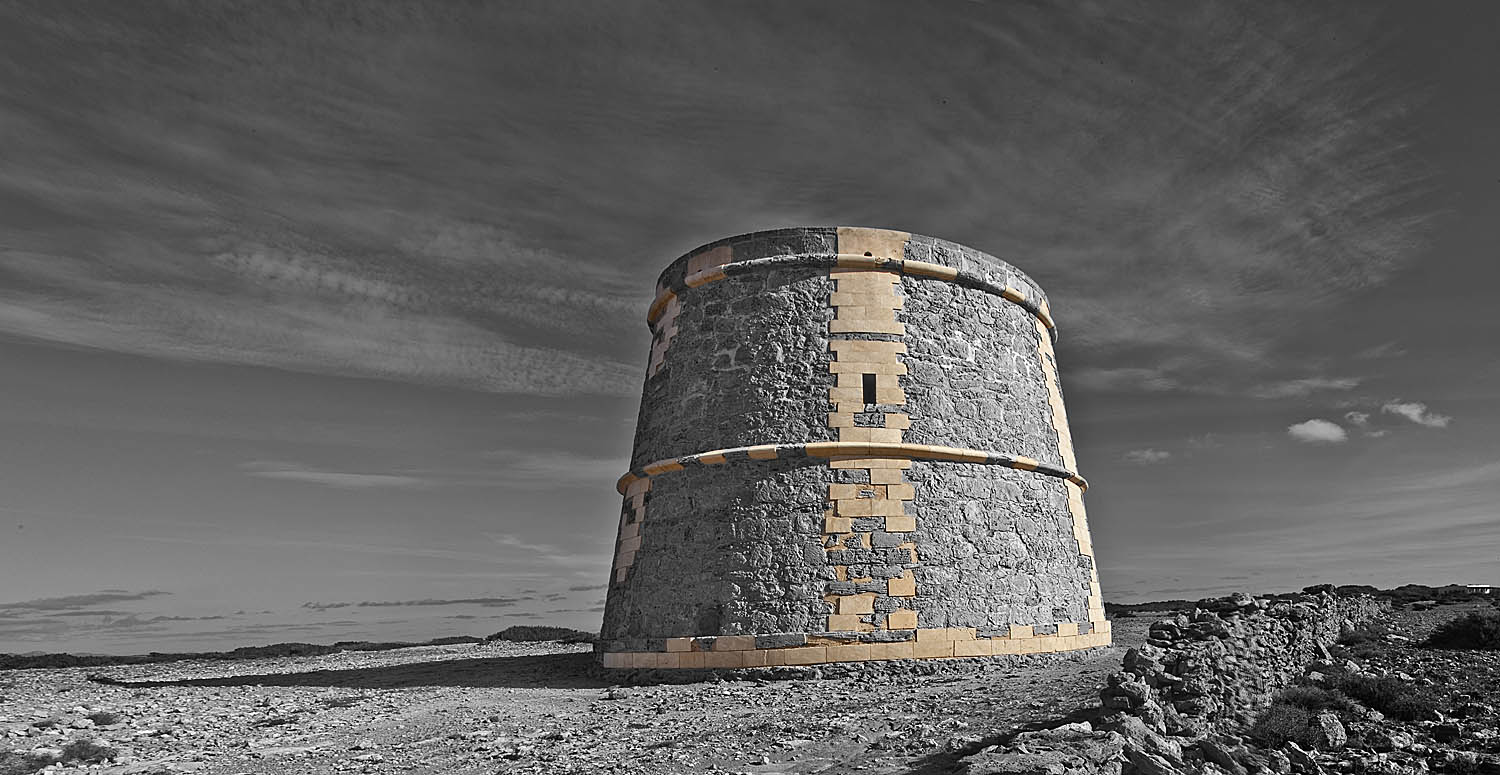 Torre de la Gavina dates from 1763 and is part of a set of typologically similar defensive watchtowers erected on the coast of the Balearic Islands, between the sixteenth and eighteenth centuries.

It is a conical building whose base has a diameter of 12.35 meters and its maximum height is 8.74 meters. Its functional program is distributed on two levels and an upper platform. The main camera is located on the first floor, covered by a hemispherical vault of 3.20 meters of radius, and has its access door facing northeast. The ground floor level is solid at its northern end, while in the south it contains the larder and a magazine. The platform consists of a roof open space bounded by a continuous parapet from where a major visual depth can be enjoyed.

The restoration intervention carried out between April 2007 and June 2008 sought to act on the most relevant elements to ensure the overall integrity of the monument, but allowing the building to express all that time has given it, and perpetuating its character and identity.

Except for the doors and windows, of which no references were available, the same materials and construction systems as those used in the original construction have been applied. These materials are primarily local limestone masonry, lime mortar and local sandstone (marés).

Only those elements which had suffered a deterioration significant enough to make them unable to continue to develop its function in the whole building were restored, and the parts or areas in which was necessary to intervene were clearly differenciated  from the original substrate. 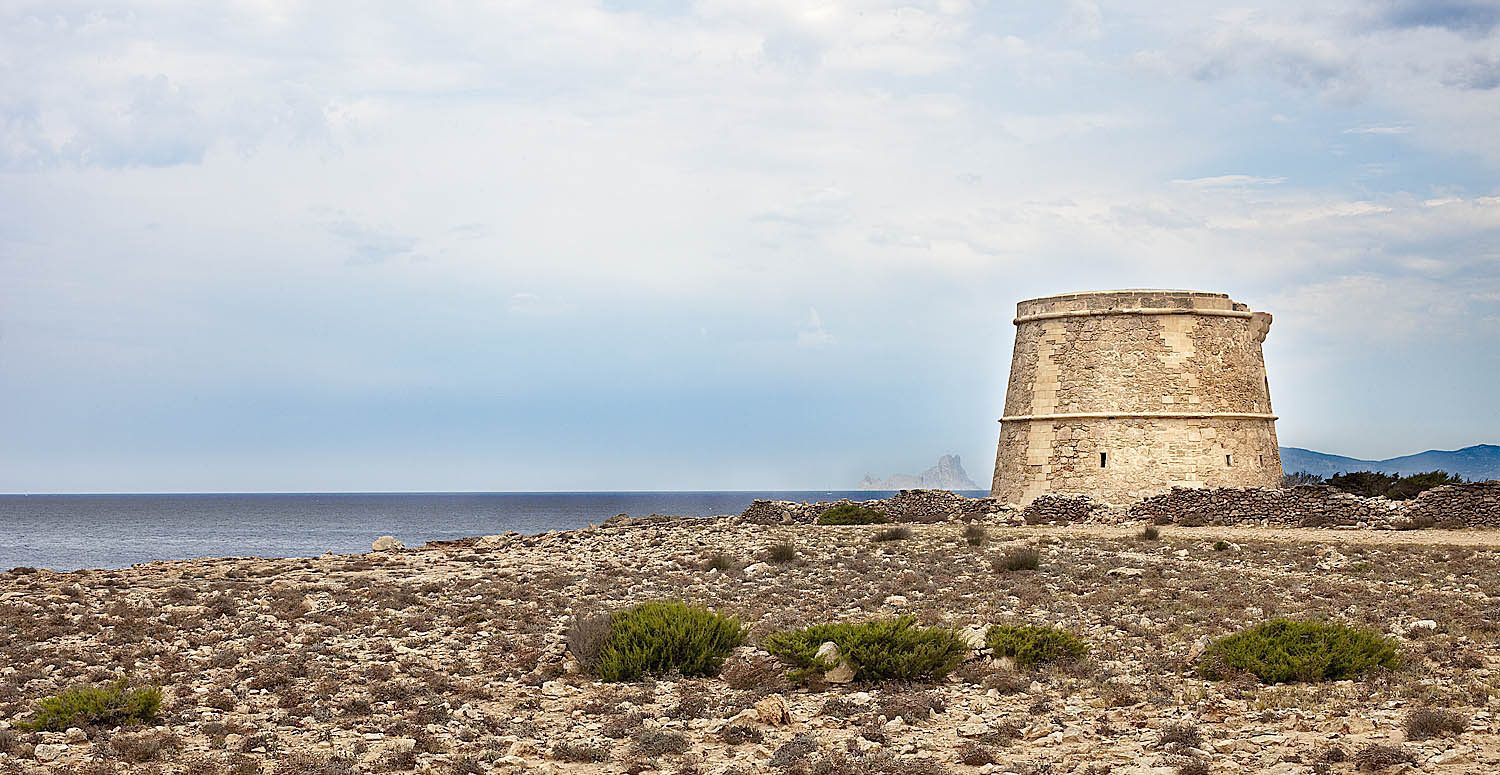